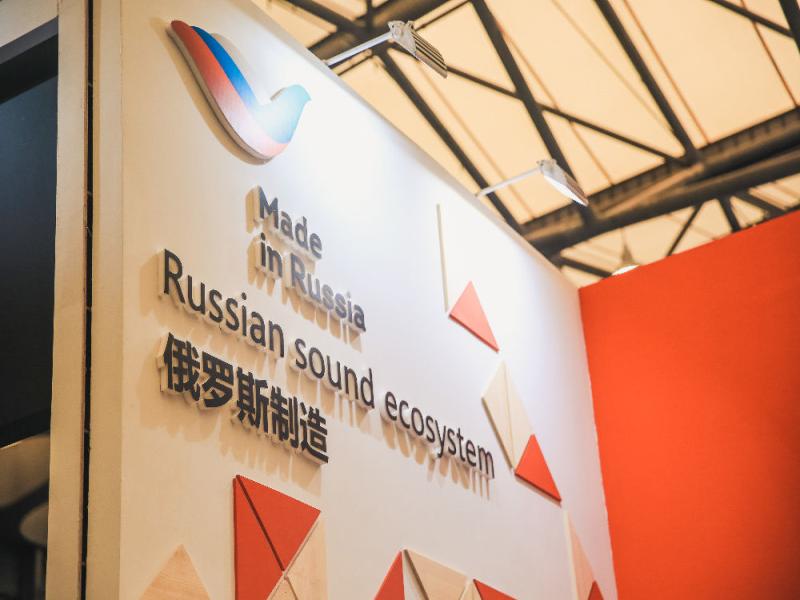 Representatives of six Russian companies, manufacturers of musical instruments, took part in the largest international industry exhibition Music China 2019, which was held in Shanghai from October 10 to 13. Russian stands aroused a keen interest among the global music community. During the event, talks were held on the distribution and localization of Russian products in China and other countries.

The Russian exposition organized by the Russian Export Center presented a wide range of instruments and musical equipment at Music China 2019. Lutner Spb brought a line of folk musical instruments, including balalaikas, domras, bells, guslis, and steel tongue drums to Shanghai. Tuljskaya Garmonj demonstrated models of the bayan and garmon, which can be used to play music of different genres from rock 'n' roll to classical music, the Akkord pianofortefabrik showed the N. Rubinstein model of the piano and grand piano, and MiLena Music presented a wide range of guitars. Operly, a company specializing in the design and manufacture of high-end audio components, introduced the Operly Intelligence II horn-type audiophile acoustic system designed to play intelligent music, and the Atelier Goncharov wind instrument center demonstrated clarinets, saxophones and other wind instruments of their own design.

Participation in the exhibition provided Russian manufacturers with a unique opportunity to integrate into the global music community. Here, the Russian delegation members were able to learn more about the advanced developments and assess the industry future together with experts. Aleksandra Galagan, a representative of the Russian Trade Mission in China, visited the Russian stands; she talked with the exhibitors about the specifics and trends within the Chinese music industry as well as the possibilities for entering this market. On the other hand, Music China 2019 has showed that the products of Russian manufacturers have high export potential – the musical instruments and equipment presented at the stands provoked interest from a number of distribution companies from Asia and other regions.

One of the major events during the exhibition was the signing of an agreement between the Akkord factory and the Mendelssohn company from Shanghai on long-term and mutually beneficial cooperation in assembling and promoting the Akkord piano on the Chinese market. Also, dealers from Iran and Turkey became interested in production of factory. Atelier Goncharov held meaningful talks with one of the major international distributors of musical products. Tuljskaya Garmonj's products provoked the interest of several Chinese stores as well as distributors from South Korea, Vietnam and Poland.

Although it was their first time at the exhibition, MiLena Music made their mark. This brand's guitars attracted interest from companies from China, Brazil, Japan and India. The contacts established are extremely useful for this company as it plans to enter the Asian market. The Operly Intelligence speakers were of particular interest to visitors. During the exhibition, this company connected with more than 50 companies from China, Japan, South Korea, Australia, Germany and Mongolia.

Music China is Asia's largest musical instrument exhibition. In 2018, it was attended by over 110 thousand people from all over the world. The exhibition demonstrates the latest musical instruments, musical equipment, sheet music, accessories and many other things from the world of music. The Russian Export Center presented the Russian exposition at this exhibition for the first time in 2018. Even at that time, the participation of Russian companies in Music China showed that their musical instruments and equipment are anticipated on the Asian market – contacts were established with potential distributors and musical instrument stores, music educational institutions and professional associations from China and other countries in the region. This year, relations between Russian and foreign companies in the music industry have reached a new level of specific negotiations and agreements.

The regular representation of Russian manufacturers on the global stage as well as building of cooperation ties with the largest international chains have produced the first results this year – exports of musical instruments increased by more than 3 times in early 2019 compared to 2016, and the export of audio equipment increased by 2 in the same period.