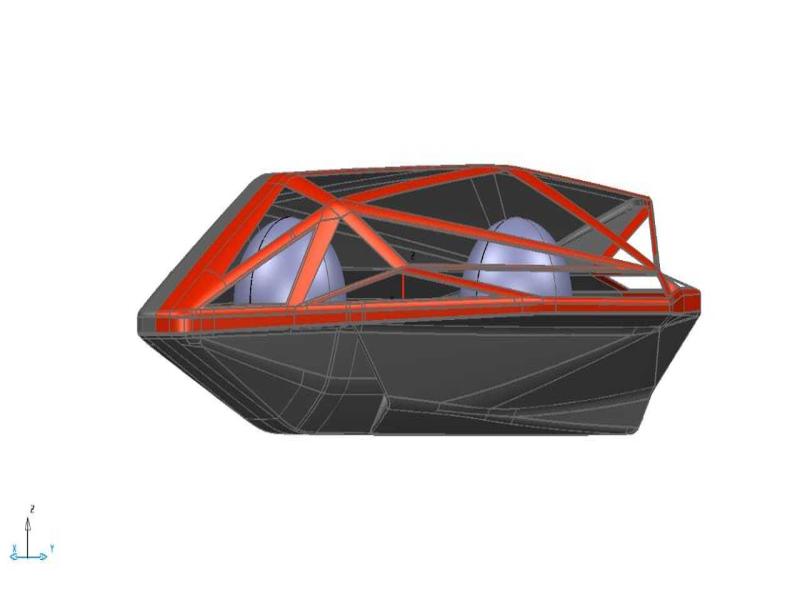 Stable position of moving objects is the key aspect of vehicle reliability and human safety. This fact sets more and more new challenging tasks to companies from all over the world. However, these tasks were successfully solved by a team of Moscow and Berlin engineers. The brand new Gecsotor System is aimed to solve the problem of turning, fixation, and attitude control in space regardless of weather conditions and environment interaction. The invention and Gecsotor trademark are already patented in Russia and abroad, and all rights are reserved.

Systems that provide positional stability of the vehicle on the ground, on the water and in the air regardless of weather conditions are essential for every type of machinery. Moreover, such systems are used not only in vehicles. They often find their use in various industry sectors, namely in mechanical engineering, oil processing, and power industry. Developed by scientists, the system is intended for objects of any weight with a high moment of inertia, which is usually the main source of problems during handling such objects.

It's expected to implement the Gecsotor System in such technology-based fields of activity, as cosmonautics, aircraft engineering, the operation of planes, helicopters, drones, construction of submersibles, submarines, and ships. On top of that, the innovative solution has applications in robotic engineering. Gecsotor fits ground transport, too. The system guarantees the safety of vehicles and people, allowing you to handle such transport in any weather, even in windy conditions, blizzard or black frost.

Bright application prospects of the Gecsotor power system can be seen with an unaided eye. The invention could solve many challenging issues. The most important applications of the system as we see it the prevention of nosediving and assistance in aerial devices takeoff and landing in windy or icy conditions. This will greatly decrease the number of accidents. The integrated system will improve the performance of any drones, outdated planes and helicopters, and even stealth aircraft with complex geometry.

No fewer applications Gecsotor has in the water transport. The system ensures a steady course of movement in any conditions, including violent gales and storms. For drivers, the system will be a welcome surprise as well. The integrated system should help them maintain stability during turns, spread load between axles, and feel safe while driving in any weather conditions. This applies not only to light-duty vehicles but also to freighters and motorcycles.

The advantages of the system

The system should be seen as an independent invention that will find many uses in everyday human life. On the other hand, Gecsotor will serve as a starting point of many improvements and upgrades in already existing control systems. It will effortlessly integrate into conventional control mechanisms, while vastly improving their safety and reliability. The invention is based on gyroscopic action and interworking between power systems by means of momentum build-up or loss. The required action or maneuver is performed due to the lever effect, where the role of the lever is played the object itself.

How it's possible to avoid roll-over during sidewise skidding? By what means can stable position of an aircraft or watercraft in harsh weather conditions be achieved? What s the proper way to keep a mast, an antenna, or any high construction in place without the risk of roll-over? The answer to these and many other questions is Gecsotor. The patent indicates a novelty of the invention, its innovativeness, and immense scientific and practical value.

Installment of the vehicle stabilization power system is a sheer breakthrough in terms of vehicle reliability and human safety improvement.

The target market of the Gecsotor system is exceptionally wide, and only one line of development can yield billions in revenue.

There is no doubt that Gecsotor has everything it takes to become an integral part of every tech-related man's life.