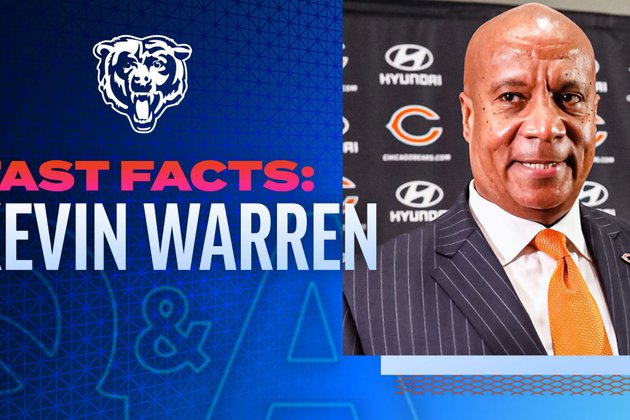 New Bears President and CEO Kevin Warren sits down with ChicagoBears.com to answer some rapid-fire questions, including his favorite thing about Chicago, his favorite movie and more.

Coming to the first Chicago Bears game with Chris [Zorich]. To think you have a client now in the NFL as a new sports agent and to watch your client play and to play on the Chicago Bears, that's my most favorite Chicago memory.

Was that your first Bears game?

That was my first Chicago Bears game.

What was your most recent one?

Most recent one was going to the Bears-Eagles game (on Dec. 18).

What about that was special?

The fans. They were passionate.

That's a great one. I love food but I'll tell you what, just recently I ate at Old Pueblo Cantina just a couple nights ago. We love Mexican food being from Arizona, I think it's from Tucson, Arizona. It was knockout.

Do you have a favorite Chicago pizza place?

I try to keep my carbs down, I love pizza though.

So you're into the Chicago style pizza?

Is it better than any type of pizza?

Do you have a favorite Chicago musician?

I'd say Chance the Rapper.

Sears Tower or the Willis Tower?

I call it the Sears Tower.

Do you like a hot dog with or without ketchup?

Favorite thing about the city of Chicago?

Do you go out by the lake?

Yeah, I live by the lake, downtown.

Any boating on the lake?

Just last week my wife and I sat down and watched The Godfather. I'd had seen it, but another one I like - see, I'm behind - is the Steve Jobs one.