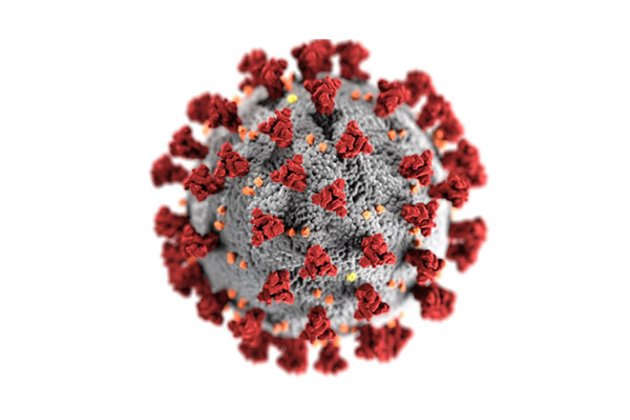 Washington [US], November 22 (ANI): Two recent papers by Brazilian researchers have added to the scientific understanding of the genetic factors that protect people from SARS-CoV-2 infection or prevent progression to severe COVID-19. The first describes the findings of a study involving a group of resilient older people aged 90 or more, while the second examines a case of severe COVID-19 in identical twins, only one of whom had long-term symptoms of the disease.

Since 2020, researchers in several countries, including Brazil, have been looking for genes that confer protection against the novel coronavirus, either preventing infection or avoiding progression to severe disease, in the hope that this knowledge will make a vital contribution to the development of vaccines and treatments for viral diseases.

"If we can really prove that some genes promote resistance to SARS-CoV-2, the same may also be true for other viruses. More research can then be based on these findings to try to understand the mechanisms underlying this resilience and develop medications that enhance protection against viral infections," Mayana Zatz, and lead author of the articles published in "Frontiers in" journals, told Agencia FAPESP.

Zatz is Professor of Human and Medical Genetics at the University of Sao Paulo's Institute of Biosciences (IB-USP), and heads the Human Genome and Stem Cell Research Center (HUG-CELL), one of FAPESP's Research, Innovation and Dissemination Centers (RIDCs).

In one of the studies, the scientists set out to identify genes conferring resistance to SARS-CoV-2 and understand the mechanisms involved in two extremes: elderly people who were resilient to the disease even when they had co-morbidities; and younger people without co-morbidities who developed very severe COVID-19, even dying in some cases.

In one study, the researchers analyzed data sets for a cohort of 87 "resilient super-agers" -- patients over 90 who recovered from mild COVID-19 or remained asymptomatic after testing positive for SARS-CoV-2. Their average age was 94. One woman was 114 at the time of the study and was considered the oldest patient to have recovered from the disease in Brazil.

They compared the data for these patients with data for 55 patients under the age of 60 who recovered or died from severe COVID-19, and with a database containing whole-genome sequences for elderly inhabitants of Sao Paulo city (read more at: agencia.fapesp.br/38194).

In particular, they analyzed a region of chromosome 6 known as the major histocompatibility complex (MHC), a polymorphic DNA segment with some 130 genes that encode many of the molecules involved in innate and acquired immune responses. This analysis required special equipment and tools.

They also analyzed the exome (the sequence of all exons), reflecting the protein-coding portion of the genomes concerned.

Infection by SARS-CoV-2 was confirmed by RT-PCR testing of samples collected at the start of 2020, before the onset of mass COVID-19 vaccination.

They arrived at three very important results, two of which were made possible only by the use of samples from a population that is highly mixed in terms of ethnicity and ancestry.

The first was that the frequency of variants of the gene MUC22 was twice as high in the mild COVID-19 group as in severe patients, and higher still in resilient super-agers. This gene belongs to the mucin family and is associated with the production of mucus, which lubricates and protects the airways. On the other hand, overproduction of mucus has been linked to the lung inflammation typical of severe COVID-19.

These mutations in MUC22 are technically termed "missense" variants, DNA changes that result in different amino acids being encoded at particular positions in the resulting proteins. According to the article, they may weaken the hyperactive immune responses to SARS-CoV-2 and play an important role in protecting the airways against the virus. One of the hypotheses entertained by the authors is therefore that the resilient subjects may have optimal control of mucin production.

"It may be the case that the missense variants interfere with not only mucus production but also its composition since amino acids are switched. We need to conduct more studies to understand how they act during infections and in healthy people," said Erick Castelli, a researcher at Sao Paulo State University's Medical School (FM-UNESP) in Botucatu and first author of the article, alongside Mateus Vidigal, a postdoctoral fellow at HUG-CELL.

Another point to be investigated is the link between variants of MUC22 and increased expression of a microRNA called miR-6891. Research involving genetic databases has shown that this microRNA is associated with the viral genome. The authors hypothesize that higher expression of miR-6891-5p associated with all MUC22 protective variants may somehow reduce viral reproduction in cells and contribute to less severe symptoms during SARS-CoV-2 infection.

Accumulated knowledgeThe other two important results of the study are related to gene variants that are most frequently found in Africans and South Americans. One is the allele 01:02 of the gene HLA-DOB. Computational analysis suggested that HLA-DOB may influence cellular localization and trafficking of the protein, possibly leading to inadequate antigen presentation - the process by which macrophages and other types of cell capture the antigen, enabling its recognition by cytotoxic T cells thus triggering a response to a foreign body. The researchers concluded that protein movement from the interior of the cell to its surface could be modified, worsening the infection. The frequency of this gene was three times higher in severe cases than in mild cases of COVID-19.

"This is the second time this HLA-DOB variant has been detected in our research. We found it in our study of married couples, where it was associated with COVID-19 cases as compared with non-infected subjects," Castelli said. "This time we found it in severe cases. We were able to locate it only because of the admixed composition of our samples, with African and South American ancestral components. Most research in this field is done in Europe, and they're unlikely to find it there."Castelli was referring to a study published in 2021, by a group that included him, Zatz and Vidigal, and that took the first steps toward understanding why some people are naturally resilient to infection by SARS-CoV-2 while others are not. The researchers analyzed genetic material from 86 couples termed discordant, in the sense that only the wife or husband was infected although both were exposed to the virus.

The results suggested that certain genetic variants found more frequently in the resilient subjects were associated with more efficient activation of defense cells known as natural killers (NKs). When NKs are correctly activated, they are able to recognize and destroy infected cells, preventing the disease from developing in the organism (read more at: agencia.fapesp.br/35839).

According to Vidigal, who played an important part in sample collection, the cohort itself is significant. "We analyzed the extremes, both in terms of cases - mild, severe and fatal - and age, focusing on super-agers. We continue to follow these patients and we're developing new projects with centenarians," he said.

The third important result had to do with HLA-A, one of the genes responsible for creating a "window" on the cell surface to show defense cells which proteins are inside the cell. A variant of this gene appeared twice as many times in severe COVID-19 patients.

Post-COVIDIn the other study, the scientists analyzed a case of monozygotic (identical) twins, then aged 32, who simultaneously presented severe COVID-19. They were hospitalized and given oxygen support despite their age and prior good health. Coincidentally, they were admitted directly to intensive care and intubated on the same day. However, one of the brothers spent a week longer in hospital and only this twin had long COVID, continuing to suffer from fatigue and other symptoms even seven months after being infected.

After analyzing the twins' immune cell profiles and specific responses to the virus, as well as sequencing their exomes, the researchers concluded that their different clinical progressions reinforced the role of both immune response and genetics in the presentation and course of the disease.

In an article on the study published in Frontiers in Medicine, they note that the brothers' clinical progression was different despite the fact that they shared the same genetic mutations potentially associated with an increased risk of developing severe COVID-19, and that the post-COVID syndrome observed in one of them pointed to an association between hospital stay and the occurrence of long-COVID symptoms.

"Cases involving seven pairs of adult identical twins who died from the disease only days apart had already been reported in Brazil, drawing attention to the genetic component of the disease. When we heard about these twin brothers who had severe COVID-19 at the same time and only discovered the fact in the hospital, we wanted to investigate. The fact that they were infected simultaneously and developed the severe form of the disease reinforced the genetic factor hypothesis," said Vidigal, first author of the article. This study was also supported by FAPESP.

The altered systemic parameters associated with post-COVID fatigue included ferritin (a protein produced by the liver and involved in the body's iron metabolism) and creatine-kinase (an enzyme found in the heart, brain and skeletal muscle).

"In studies like these, teamwork is extremely important, as they involve genomics, immunology and clinical assessment, among other disciplines," Zatz said. "When you want to answer complex questions, you must know how to design the experiment and identify the patients who can best help you find answers, and that's not easy."The difficulty is so great that last October an international team of researchers published in Nature a call for people who are genetically resistant to SARS-CoV-2. (ANI)