China uses all tactics to gain access to defence technologies 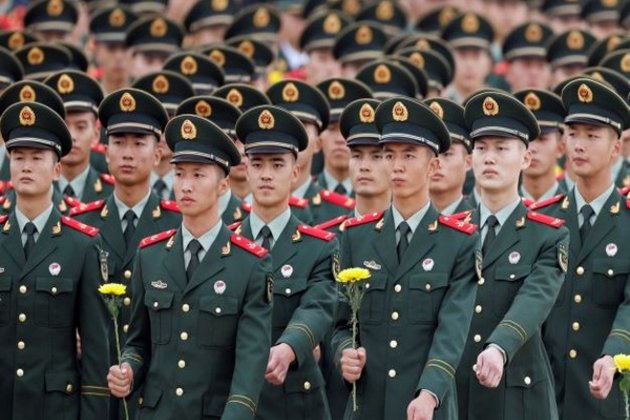 Beijing [China] November 19 (ANI): China's president and People's Liberation Army head Xi Jinping is going all out to increase the military's might and the country has not spared any effort to gain access to defence technologies from across the world by any means, Policy Research Group reported.

It is using both direct and indirect tools for expanding its military might. It has also nvested huge sums of money in countries that don't have the potential to pay the loans that they owe to China.

It has not even refrained from using means like cyber theft or using Chinese nationals to grab secrets of military warfare from other countries.

Another pattern of Chinese nationals getting arrested for sharing military secrets has been observed for the last six years and is still ongoing.

According to the Policy Research Group (POREG), on October 24 this year, four Chinese nationals were arrested for illegally sharing US military secrets with China. Three of these nationals were found to be officers of the Chinese Ministry of State Security.

In 2021, six academicians were arrested when they were not able to explain their link to a Chinese research institute. One of these arrested people was Gang Chen a known Massachusetts Institute of Technology. However, he was cleared of all the previous charges later on.

PLA officials posing as regular grad students were arrested by the FBI in 2020. Out of these Xin Wang during the interrogation accepted to be a PLA official and was employed as a major by a military lab in China.

One more Chinese PLA official was arrested as he had enrolled himself in Indiana University's Luddy School of Informatics, Computing and Engineering studying AI.

As a result of all these suspicious activities, a Chinese consulate was forced to close in Houston of the Southern United States. All of these PLA officials had been sent to a foreign land to learn modern technologies and enable themselves for advanced warfare.

Another, PLA official enacting as a businessman was arrested in 2016 as he had spied on US plans for F-35, C-17 Globemaster and the F-22. He also had conspired with two more officials that hacked into Boeing and other aviation companies for stealing military secrets.

It is alleged that the Chinese J-20 is similar to F-22 and J-31 resembles the F-35 American aircraft. However, China has declined any such claims. according to The Policy Research Group (POREG)A cyber attack was also traced on Rostec Corporation to steal airborne satellite communications, radar and electronic warfare. This cyber attack can prove fatal as Rostec Corporation is one of the largest defence establishments in Russia.

China is clandestinely sourcing retired Western military pilots from countries like the United Kingdom, Germany, Italy, Spain, and New Zealand to train PLA's defence forces. These pilots are trained in operating all the latest defence and warfare technologies.

However, China has still not been able to develop capable defence hardware and still struggles with poor-quality materials and massive costs of maintenance. Adding to all this the J-20 Chinese aircraft was recently showcased in Zhuhai Air Show as a stealth military jet. However, Justin Bronk, a London-based Royal United Service Institute analyst has said that he is not impressed, according to Policy Research Group (POREG).

China has not only limited itself to merely gathering military secrets, it is also expanding its establishments across countries that cannot pay its huge investments disguised as infrastructural development loans. (ANI)