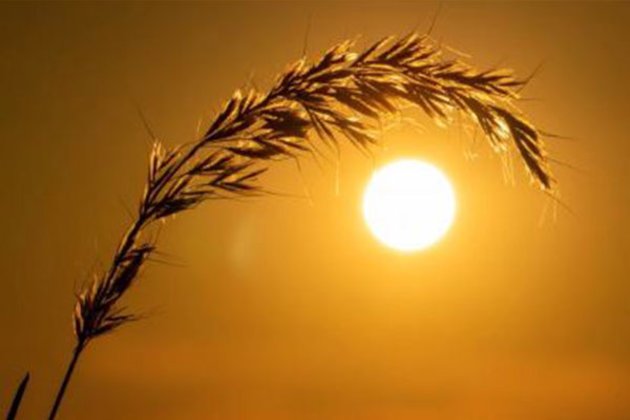 Beijing [China], September 1 (ANI): China has been hit by record temperatures, flash floods and droughts this summer, making the country the most climatically vulnerable place with increasing frequency of natural disasters and declining air quality in its industrial centre, Financial Post, a US-based publication reported.

China is suffering from its worst heat wave in decades, which has strained its power supply. In various regions of China, citizens have witnessed record-breaking heat waves amid severe droughts. Scorching temperatures have disrupted crop growth and are threatening livestock. Besides, the temperatures soared in the range of 39-42 degree Celsius in eastern Zhejiang province and the city of Shanghai (China's central coast), Jianxi (southern China) and Fujian (south-eastern China).

The drought has already affected the mid-season rice and summer corn in some southern regions. Chinese Ministry of Water Resources has estimated that rainfall in the Yangtze River basin has declined by roughly 45 per cent compared to the average in recent years and as many as 66 rivers across 34 counties in the southwestern region of Chongqing have dried up.

With a reduction in rainfall, water levels in hydroelectric power reservoirs have dropped, curtailing energy production. Even the factories have to suffer due to these extreme conditions.

The Sichuan province, which has 94 million people, ordered all factories in mid-August to shut down for six days in an effort to ease power shortages in the region. The shutdowns came after reservoir levels declined and demand for air conditioning spiked amid the heat, reported Financial Post.

The shutting down of factories has sparked concerns over China's main manufacturing hubs. Power rationing in parts of China has impacted "normal production."In Shanghai, Chinese authorities have turned off the lights on the Bund, a waterfront area, to conserve power. Similarly, in a move to ease power demand, Chongqing municipality announced that opening hours at more than 500 malls and other commercial venues would be shortened from August 22.

The heatwave had a significant impact on the economy of the country as China's steel, chemical and fertilizer industries are already experiencing a slowdown in production.

Power shortages in China may disrupt the supply chains of raw materials like lithium given that Sichuan produces around 20 per cent of lithium, 5 per cent of aluminium, and 13 per cent of polysilicon in China.

The main reason behind China's heat wave is its carbon emission. China, in the two decades of its breakneck growth, became the largest polluter in the world releasing over 10065 million tons of Carbon (CO2), according to Financial Post.

It seems highly unlikely that China would achieve peak carbon by 2030 and carbon neutrality by 2060 as targeted. (ANI)