India keeps an eye on any activity which impedes its security: Bagchi on Chinese investments in Nepal 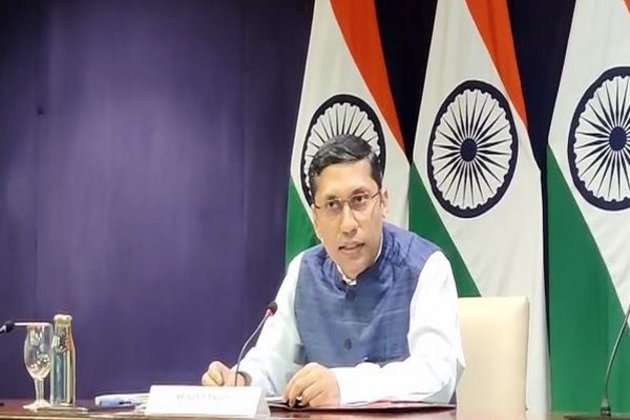 These remarks came in response to a question on the recent meeting of Chinese Foreign Minister Wang Yi with Nepal's Foreign Affairs Minister Narayan Khadka and reports of increasing Chinese investments in Kathmandu.

"I don't want to comment on what has been discussed and what could be the investment. India Nepal relations particularly our economic and connectivity and our people to people connect are very special as you saw from the recent high-level visits from both sides this year which is a good example of strong linkages that we are seeking to strengthen."However, Bagchi added, "If there is any security activity which impedes the defence and security aspects, then the government is always cognisant to that and keeps an eye on it and take necessary measures against that."MEA spokesperson Bagchi noted that India's relations with Nepal are unique and don't need to be highlighted as they stand on their own merit.

Earlier, during the meeting between Wang Yi and Khadka, the Nepalese FM assured Wang that the Nepali territory will not be allowed to be used for any activity against China.

During the meeting, Wang reiterated China's continued and unconditional support for Nepal's sovereignty, independence and territorial integrity and assured support for the country's development endeavours as per the priority of the Kathmandu government. Wang also announced that they will provide 800 million RMB to Nepal for the year 2022.

"The two Foreign Ministers took stock of overall aspects of Nepal-China relations and cooperation and agreed to promote further cooperation in various sectors including trade, connectivity, investment, health, tourism, poverty alleviation, agriculture, disaster management, education, culture, and people-to-people exchanges, among others. Both sides expressed satisfaction over the progress made in a range of matters of bilateral cooperation since the official visit of the State Councilor to Nepal in March 2022," the statement read. Both the ministers expressed their commitment to the timely implementation of the agreements signed and understandings reached during high-level visits in the past. They agreed to expedite the implementation of China-assisted projects in Nepal.

During the meeting, the Chinese side assured the Nepali delegation that China will soon start the construction works of the second phase of the Kathmandu Ring Road Improvement Project.

"The State Councilor and Foreign Minister of China agreed to assist Nepal's agricultural sector. He also agreed to encourage Chinese investment in developing the manufacturing capacity of Nepal and enhance cooperation in the export of Nepali tea and traditional medicinal herbs," the statement noted.

Chinese Foreign Minister also announced to provide Nepal with 3 million RMB worth of disaster relief materials as per the Kathmandu request. China will also provide Nepal with an additional 2 million RMB worth of medical items and logistics. Apart from these, China will provide additional COVID-19 vaccines and COVID-19-related medical assistance as much as Nepal may require.