Pope Voices Hope Church in China Can Operate in Freedom 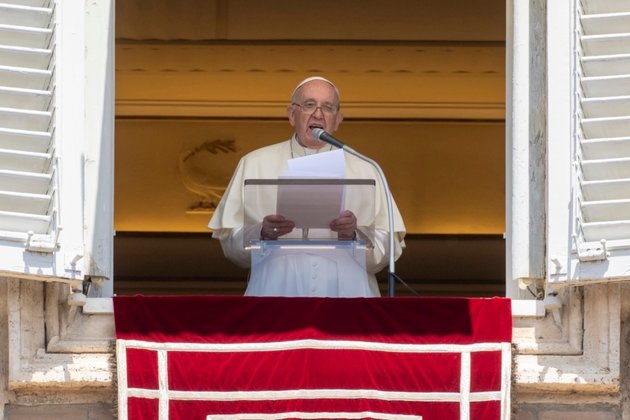 Vatican City - Pope Francis on Sunday expressed his spiritual closeness to Catholics in China, voicing hope that the church there operates in 'freedom and tranquility,'' but making no mention of a 90-year-old cardinal who was recently arrested in Hong Kong.

Addressing the public gathered in St. Peter's Square for the pontiff's traditional Sunday remarks, Francis noted that the church celebrates, on May 24, the 'Blessed Mother Mary, Help of Christians,' and recalled that Mary is the patron of Catholics in China.

'The joyful circumstance offers me the occasion to renew to them assurance of my spiritual closeness,'' the pontiff said. He added that 'I follow with attention and participation the life and the matters of the faithful and pastors, often complex, and I pray every day for them.'

Cardinal Joseph Zen was arrested in May 11 along with at least three others on suspicion of colluding with foreign forces to endanger China's national security. He was released later that night.

Zen has been scathing in his criticism of China and has blasted the Vatican's agreement in 2018 with China over the nomination of bishops in that country. He has characterized the deal, which is up for renewal this year, as a sell-out of Christians who worship in underground congregations in China to avoid harassment by authorities of the Communist regime.

Francis in his remarks invited the faithful in the square to join him in prayer, 'so that the church in China, in freedom and tranquility, can live in effective communion with the universal church and can exercise its mission to announce the Gospel to all, offering, thusly, a positive contribution to the spiritual and material progress of society.'

The Vatican-China deal aims at reducing tensions over the Chinese insistence on influence over the nomination of bishops, which, according to the Vatican, is the prerogative of pontiffs.

The Vatican has contended that the accord prevents an even deeper schism in the Chinese church after Beijing in the past named bishops without the pope's consent. The deal regularized the status of seven of these 'illegitimate' bishops and brought them into full communion with the pope.

The arrests, including that of Zen, in Hong Kong expanded a blanket crackdown on all forms of dissent, penetrating further into the city's long-respected economic, religious and educational institutions.

The Vatican has said it learned of Zen's arrests with 'concern' and was following 'the situation with extreme attention.'