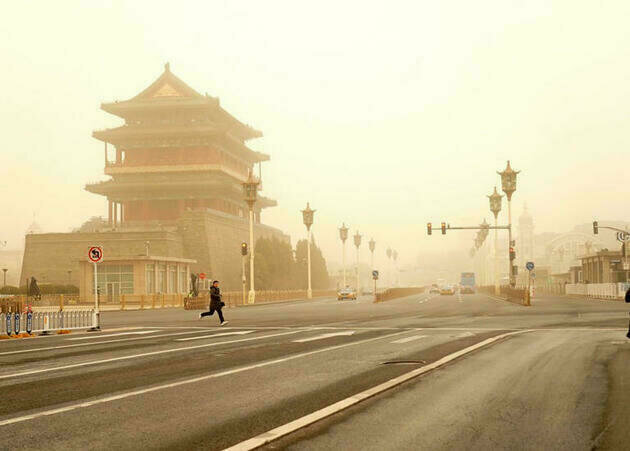 The public has been advised to take precautions against wind and sandstorms and drivers have been asked to prepare for poor visibility.

China has a four-tier color-coded weather warning system for sandstorms, with red representing the most severe, followed by orange, yellow, and blue.