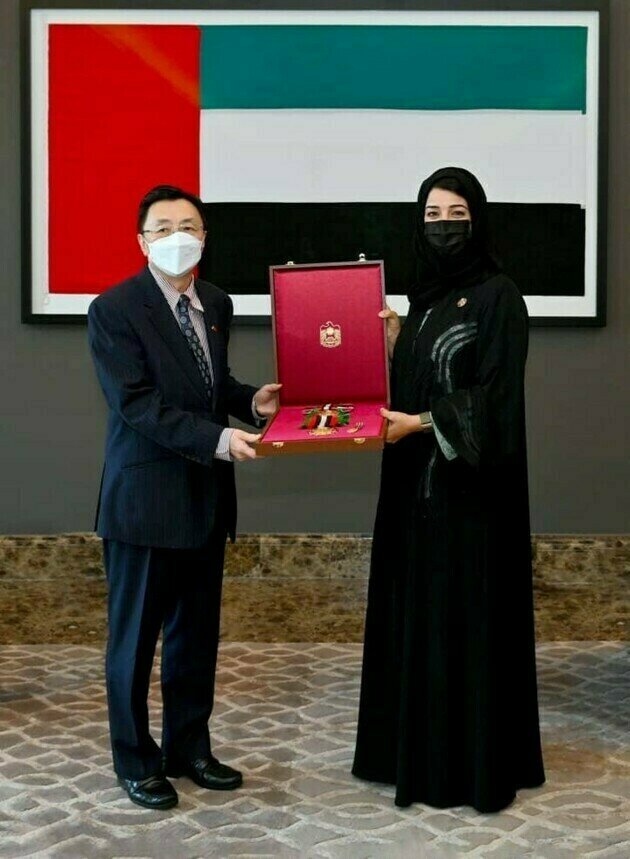 ABU DHABI, 10th April, 2022 (WAM) President His Highness Sheikh Khalifa bin Zayed Al Nahyan has conferred the Zayed the Second Medal to Ni Jian, Chinese Ambassador to the UAE, in appreciation of the efforts he made during his tenure.

During the meeting, Al Hashemy stressed the UAE's keenness to strengthen the comprehensive strategic partnership with China in all domains, and praised the ambassador's contribution to developing this relationship, having advanced bilateral cooperation during his years of work in the country.

She also thanked the Chinese Ambassador for his efforts and wished him success in his future assignments.