I've proved nothing is impossible: Bhavina 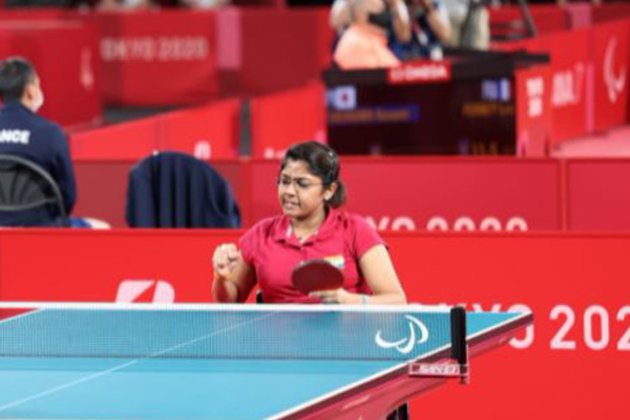 Tokyo [Japan], August 28 (ANI): India's para table tennis player Bhavina Patel said she never thought of reaching the finals of the Tokyo Paralympics and was only focused on giving her 100 per cent in every match.

Bhavina continued her dream run in the ongoing Tokyo Games on Saturday as she stormed into the finals after defeating Zhang Miao of China 3-2 in her Class 4 match.

"If I keep on performing like this, I will definitely win the gold medal. I never thought of reaching the finals and only concentrated on giving my 100 per cent and I did that only," said Bhavina in a video by the Paralympic Committee of India (PCI).

"And when you give your 100 per cent you can win a medal. I am mentally ready for the finals and I just want to give my 100 per cent," she added.

Bhavina created history by becoming the first Indian to enter the finals of the Paralympic Games table tennis competition.

Bhavina said she has proved that nothing is impossible after beating the Chinese player in the semi-finals.

"I want to thank everyone, PCI, SAI, blind people association and TOPS as because of their support I've reached here," she added.

The Indian paddler got off to a bad start as Zhang took the opening game 11-7. The Chinese paddler took five straight points in the first essay to move ahead.

She then came all guns blazing and started the third game on high as she took a lead of 5-0 in the essay. She then wrapped the game 11-4 to move closer to the finals.

In the next game, Zhang came back strongly and won by 11-9 and took the match into the decider. But Bhavina held her nerves to finish the game off in style. (ANI)