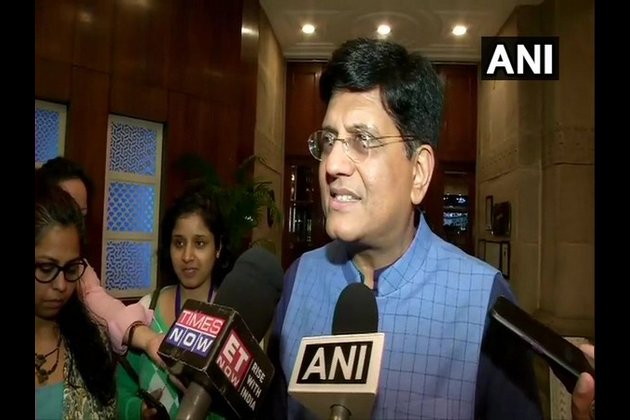 New Delhi (India), Oct 21 (ANI): Union Minister Piyush Goyal said that trade negotiations between India and America had a "little pause" but are back on track now.

"Trade negotiations are complex deals and you have to have a lot of back and forth. It had a little pause because all of us were busy in different areas but it's on track and everything is going on smoothly," said Goyal, Minister of Commerce and Industry.

He said that India-US relations had improved after the "Howdy-Modi" event.

"The friendship between President Donald Trump and Prime Minister Narendra Modi is legendary and post "Howdy-Modi" the people to people connect between US and India is also getting better and better," he said.

"Both have synergies and given our strong political relationship it is natural that it translates into a fantastic economic relationship," added Goyal.

He said that protecting Indian interest is the utmost priority of the Narendra Modi government before executing any Free Trade Agreement (FTA) with any country. He said that Congress governments had signed FTAs in a hurry and with clauses that were detrimental to India's interest.

"Every interest of domestic industries, India and people of India has to be protected before we execute FTA. Government of Prime Minister Narendra Modi keeps national interest first contrary to the Congress regime in 2009-10 when agreements were done in hurry often asymmetrically against India's interest and very often with clauses detrimental to India," said Goyal. (ANI)