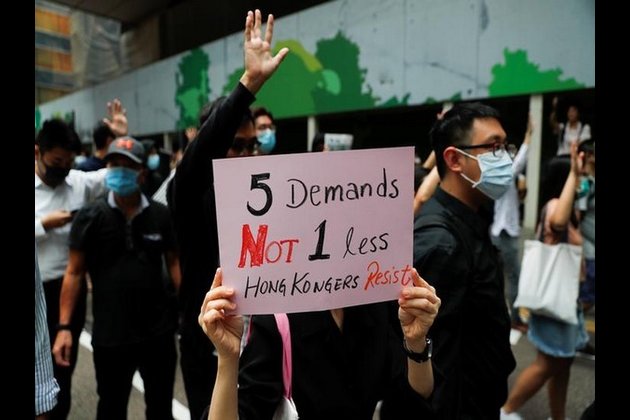 Hong Kong [China], Oct 20 (ANI): The Hong Kong police fired tear gas at protestors as thousands marched through Kowloon district on Sunday despite a police ban on the rally.

Police fired volleys of tear gas and used a loudspeaker to tell protesters in the street to disperse, as per Al Jazeera.

Continuing their agitations, protesters on Sunday tore up paving stones from the pavement and scattered them on the road.

Hong Kong, which returned to China in 1997 and enjoys a special administrative status, has seen a wave of demonstrations from March this year that were initially organised in protest against an extradition bill which would allow China to extradite suspects to the mainland to stand trial.

Even though the controversial extradition bill has been shelved, protests have continued and taken on a more pro-democracy outlook, with demands which include investigations into alleged police brutality.

The Chinese government, on the other, has refused to back down with Chinese President Xi Jinping vowing to crush any attempt to split China. (ANI)