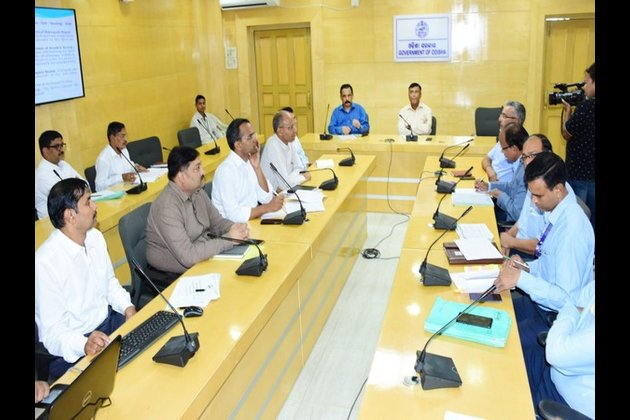 Bhubaneswar (Odisha) [India], Sept 12 (ANI): After Jharsuguda airport was made fully operational with five flights, two more flights from Jharsuguda to Bangalore and Jharsuguda to Kolkata will start soon.

The decision has been taken in the State-Level Monitoring Committee meeting held under the chairmanship of Chief Secretary Asit Tripathy on Wednesday, wherein Principal Secretary Home and General Administration Sanjeeb Chopra outlined the issues for discussion.

Jharsuguda airport, which became operational earlier this year, has been connected with Bhubaneswar, Delhi, Hyderabad, Kolkata and Raipur.

Discussions in the meeting showed that 4 airstrips of Odisha were selected for UDAN scheme in a bid to put the regional air connectivity projects on the fast track.

Chief Secretary Tripathy directed officials to widen the airstrip at Rourkela for the operation of bigger flights which would benefit the people.

Presently, Rourkela airport with 5,900 feet runway has been made ready for operation of the 19 sitter flights. Routes like Bhubaneswar, Kolkata and Raipur have been decided for the airport, an official release said.

The Airport Authority of India has also floated the bidding inviting offer from airlines operators.

Chief Secretary further directed to complete the construction of the terminal building, runway and other associated infrastructure at Jeyopore airport in Koraput district as per the master plan of works departments with an estimated cost of Rs 55 crore, the release said.

"The progress regarding the development of Utkela airstrip in Kalahandi district showed that the social impact study has already been completed and submitted to Government. No major issues of displacement and rehabilitation are involved in it. The process for land acquisition has been started. Chief Secretary directed to complete the process within the scheduled time," it further said.

Odisha government is providing both the manpower and financial support to make the regional connectivity scheme viable during initial periods. "The state government has decided to reduce VAT from 5 per cent to 1 per cent and provide 20 per cent of the Viable Gap Funding. The government will also provide land, security and fire services. Around 43 security personnel and 9 fire service personnel will be deployed in each airport. Apart from that, the government would also provide the manpower for management of airport of Jeypore and Utkela," read the release.

The government has also decided to provide electricity and water at concessional rates. (ANI)