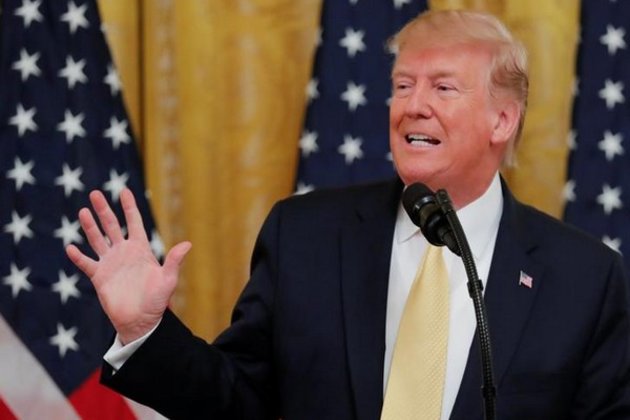 Washington [USA] Sept 11(ANI): US President Donald Trump on Wednesday called out the Federal Reserve to get its interest rates down to "zero or less.""The Federal Reserve should get our interest rates down to ZERO, or less, and we should then start to refinance our debt. INTEREST COST COULD BE BROUGHT WAY DOWN, while at the same time substantially lengthening the term. We have the great currency, power, and balance sheet," he said in a tweet.

"The USA should always be paying the lowest rate. No Inflation! It is only the naivete of Jay Powell and the Federal Reserve that doesn't allow us to do what other countries are already doing. A once in a lifetime opportunity that we are missing because of 'Boneheads,'" Trump said in a follow-up post.

On previous occasions, Trump has frequently attacked the Federal Reserve and pressured it to lower interest rates and has time and again blamed the central bank for a recent slowdown in manufacturing, The Hill reported.

Last month, the US President said he would not prevent Federal Reserve Chairman Jerome Powell from leaving if he wanted to and called him an "enemy".

"Do I want him to resign? Let me put it this way: If he did, I wouldn't stop him," Trump said.

Amid the US-China trade war, the decline in manufacturing could affect Trump's re-election bid, as he has boasted about the state of the economy as one of his accomplishments. (ANI)