Ramaphosa says he gave EFF MPs money out of generosity 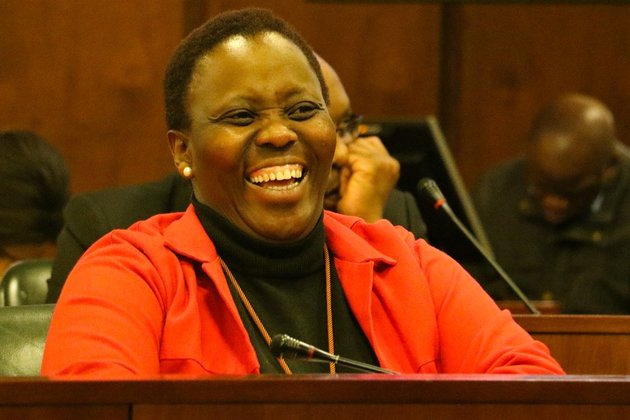 President Cyril Ramaphosa gave money to two EFF MPs as an act of generosity with no strings attached, he told the National Assembly Thursday.

On Thursday, Ramaphosa was answering questions in the National Assembly, when EFF leader Julius Malema concluded one of his questions with the following: "This one, the last one, you answer me outside. How many of my members did you give money?"

The whole chamber burst out laughing.

"Now, you want to know how many members of your EFF we gave money to," Ramaphosa said. "Now, let me say, the EFF put me in a very embarrassing position. Because in the end, those members have now been shifted aside."

He described the two as colleagues who were his most "vociferous opponents and critics" in the National Council of Provinces. He said, as colleagues, there came a time when MPs interacted across the board, beyond party lines and saw one another as human beings.

"When these two members had great difficulties, which they articulated, we felt that help was needed and they were given help. The help was not connected to anything, as I have done with a number of other members as well. So it was out of generosity. Not on your side, admittedly."

DA chief whip John Steenhuisen said: "Honourable speaker, would the president like to share with the House what his interest rate is?"

"That's not a point of order," Speaker Thandi Modise said. It is unclear whether Ramaphosa answered Steenhuisen.

DA leader Mmusi Maimane then asked a follow-up question - similar to the one he unsuccessfully petitioned Modise to add to the order paper as an urgent question.

He said the EFF MPs were not the only ones who had received money, adding four members of the executive - Small Business Development Minister Khumbudzo Ntshavheni, Transport Minister Fikile Mbalula, Deputy Minister of State Security Zizi Kodwa and Deputy Minister in the Presidency Thembi Siweya - also received money from the campaign.

There was some noise from the ANC benches, notably from Social Development Minister Lindiwe Zulu, with Modise admonishing her.

"Maybe she's complaining because she didn't get paid," Maimane said.

Addressing the matter of Mokwele and Mokgosi's payments was not the only time Ramaphosa ventured into the world of internal EFF politics.

Earlier, also on the topic of campaign funding, he said there was a need for Parliament to discuss regulating funding for campaigns for internal leadership positions.

He said it happened that leadership was contested in political parties, and then to laughter from all, said Malema's leadership of the EFF could be contested.

"I'm not wishing that it happen, but it may happen," Ramaphosa added.

He said it might happen, "heaven forbid" that Malema's deputy, Floyd Shivambu, might challenge him for the party's leadership. Malema laughed, but Shivambu shook his head and rose to say that he thought a more appropriate example would be that "honourable DD" - Deputy President David Mabuza - should challenge Ramaphosa, to which Mabuza burst out laughing.

"To make you feel better, do we want when honourable Mabuza contests me as president of the ANC, that the resources that he might raise to be regulated, and to be regulated by an act of Parliament? That is a question we need to raise," Ramaphosa said.

The first week of the NBA's "bubble" plan to keep its teams safe from the coronavirus proved successful. The league ...