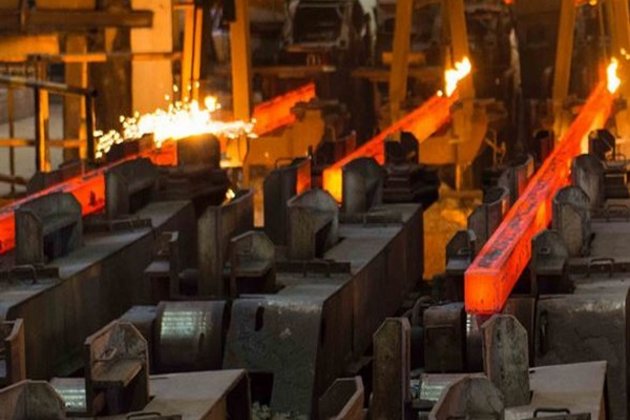 New Delhi [India], Aug 14 (ANI): Naveen Jindal-promoted Jindal Steel and Power Limited (JSPL) on Wednesday said its loss during the quarter ended June totalled at Rs 87.4 crore as compared to a profit of Rs 110 crore in the year-ago period.

The consolidated revenue during the quarter grew 2.9 per cent to Rs 9,945.6 crore in the same period.

At the operating level, earnings before interest, tax, depreciation, and amortisation (EBITDA) fell 4.5 per cent year-on-year to Rs 2,173 crore and margin contracted 180 basis points to 21.8 per cent in Q1 FY20.

JSPL said the quarter ended June saw a contrasting global phenomenon in steel, marked by a gradual decline in steel prices against rising iron ore. Even in India, the downtrend in steel prices continued across various products for most steel manufacturers -- both in long and flat categories.

"The reducing liquidity in the markets further exacerbated the steel demand during the quarter," it said in a statement.

Recent reports said JSPL has sold off its Botswana coal mine, one of its major international ventures. The asset has been sold to Maatla Energy for 150 million dollars (about Rs 1,050 crore).

Jindal Africa, a subsidiary of JSPL, had bought the Botswana coal mine from CIC Energy for 116 million dollars (about Rs 812 crore) in 2012 as part of its global expansion. The project plan included setting up a 1,200-megawatt power plant in the area.

The company has invested and business ventures in Mozambique, Namibia, Zambia, Tanzania, and Madagascar. However, with rising debt and a global slowdown in the coal and steel market over the past few years, JSPL is selling off its international ventures to reduce its debt burden. (ANI)