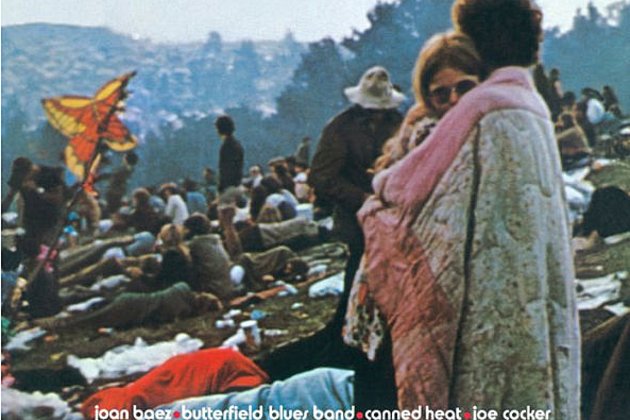 NEW YORK - A generation-defining political statement, an epiphany of peace, three chaotic days that altered music history -- the tropes of Woodstock are many, sometimes muddying meaning with myth.

The festival carries significant cultural weight, but decades of rehashing its legend through the lens of nostalgia can leave the legacy of half a million youths partying in the rain feel less like a revolutionary subculture and more like a pop culture cliche.

In 1969, American society was reeling from the draft, anti-Vietnam War protests, race riots and assassinations of figures like Martin Luther King Jr and Robert Kennedy -- implicitly setting up Woodstock's peace and love vibes as an antidote to the anger.

"The mood in the country was a little bit like today. There was a sense of violence, of real hatred and division," said Martha Bayles, a culture and music scholar at Boston College.

Despite the sentimentality of baby boomers, however, Woodstock may strike younger generations as a simple iteration of the "narcissism of the sixties," said Bayles, 71.

In spite of the social and political turmoil of the decade, 1969 was also the last time the U.S. statistically ran a budget surplus until 1998 -- partially thanks to war manufacturing. Education was cheap, and jobs plentiful.

"That was one essence of Woodstock in 1969. Illusory or not, a certain abundance was taken for granted," wrote Jon Pareles, a New York Times pop music critic who attended Woodstock.

"We absolutely thought we were the center of the universe," he wrote. "And afterward, someone else had to clean up the giant mess we left behind."

While Woodstock included some obviously political protest songs, Bayles called the popular notion that Woodstock was political a "misunderstanding."

"To the anti-war movement, to the black power movement -- nobody on that side of things saw Woodstock as anything but a joke," Bayles told AFP.

For activists, Woodstock "was a bunch of druggie hippies who were not serious; who didn't understand how grave the situation was," she said. "It was seen as silly and self-indulgent by the hardcore political crowd."

The most politically active artist on the line-up was folk artist Joan Baez, who recalls Woodstock as "a joy festival."

"This three-day hoo-ha is an important thing. But it was not a revolution," she told the New York Times. "A revolution or even social change doesn't happen without the willingness to take risks."

"And the only risk at Woodstock was not being invited."

But stylistically Bayles said the music that Woodstock brought to the fore lent the festival cultural clout.

It showcased a rock genre rooted in American folk, blues and gospel traditions that gave a generation a common thread despite stark societal fissures.

"The music did unite all the different sectors of that generation," she said. "Working people, elite students, soldiers."

Commercialization and packaging underpin today's festival circuit, but inklings of Woodstock's spirit remain, according to Bayles, who said it was also a precursor to rave culture.

"The power of it really had to do with the music and the crowd," she said. "This illusion that people had that they were all being swept up into some kind of transcendent collective experience."

Industry-wise, Danny Goldberg, who covered the festival for Billboard at age 19, said post-Woodstock, resources were reallocated to promote rock music in a way that hadn't been done before.

"It certainly demonstrated to the big concert promoters, the big record companies, and the big broadcasters, that the audience for what then was called 'underground music' -- kind of album-oriented rock music -- was significantly bigger than had previously been perceived," he said.

"It was certainly an inflection point in the music business."

Beginning of the end

The 1970 release of the more than three-hour Oscar-winning documentary "Woodstock" burnished the festival's image from chaotic mud fest to utopian village of peace.

For Goldberg, 69, the film played a large role in mythologizing Woodstock.

By the time Jimi Hendrix played his now legendary feedback-heavy abstraction of the U.S. national anthem on Monday morning, most people had already left -- but its central place in the movie gave the performance symbolic heft and political undertones, Goldberg said.

"Suddenly and intangibly we kind of expanded the notion of what patriotism was," he said.

Though the hippie movement did leave residues of influence on mainstream culture, like environmental activism or the prevalence of yoga, Goldberg said "it got too big to be a subculture anymore."

"It became an object of satire instead of an object of idealism," he said. "That counterculture aspect of Woodstock's legacy -- it was the end of something, more than the beginning of it."