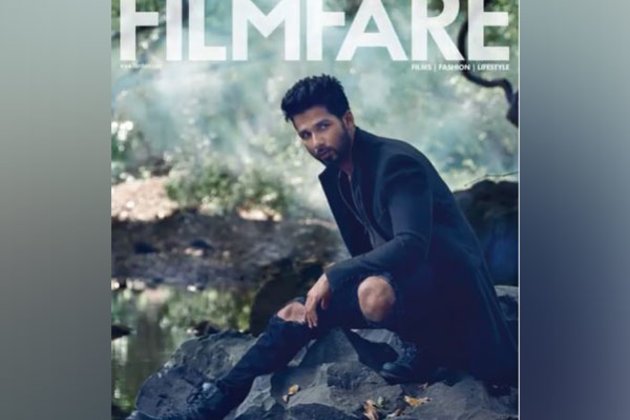 New Delhi (India), Aug 14 (ANI): Glorying in the success of his latest release 'Kabir Singh', actor Shahid Kapoor is here in his swagger look as he featured on the cover of Filmfare magazine's digital issue.

The motion cover comes as a visual treat for all those who didn't have enough of him already. Clad in a full black ensemble, Shahid is seen posing amidst nature.

Black ankle boots, black knee-rugged jeans and a long black overcoat is what it took for the actor to own the latest issue's cover.

Sharing the motion cover on their official Instagram handle, Filmfare captioned, "Man of the hour! Shahid Kapoor looks dashing on the latest digital cover of Filmfare."This comes after Shahid left his mark at the domestic as well Australian box office as it became the country's highest-grossing Indian film and also became Shahid's biggest solo opener.

Helmed by Sandeep Reddy Vanga, who also directed the original film, 'Kabir Singh' tells the story of a short-tempered surgeon Kabir Singh (Shahid) who goes on a path of self-destruction, consuming drugs and alcohol after he cannot marry the love of his life Preeti (Kiara Advani).