Jaden Smith joined by dad Will Smith at Coachella 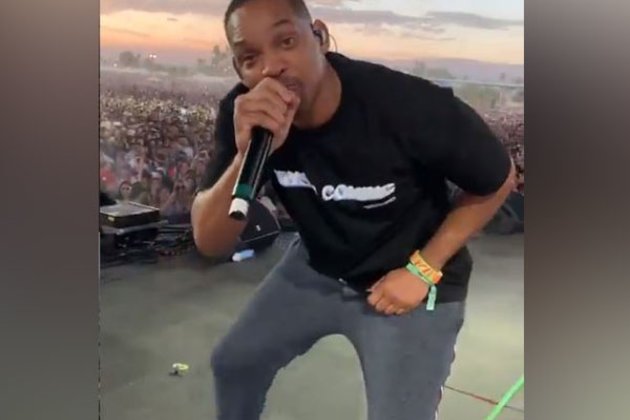 Washington D.C. [USA], Apr 20 (ANI): The audience at Coachella welcomed Will Smith with a loud cheer when he joined his son Jaden Smith to perform the song 'Icon'.

This is for the first time that the son and dad duo have performed together on stage.

The single 'Icon' is from Jaden Smith's debut album that came out in 2017. Father Will Smith recreated the song's music video and added his own rap in a full studio remix, along with, reggaeton rapper Nicky Jam, reported Variety.

Jaden Smith recently made headlines when he performed on the roof of a Tesla car that swung some dozen feet off the stage at Coachella.

The 'Never Say Never' singer also gave a huge shout out to the slain rapper, Nipsey Hussle, who was shot dead on March 31 outside his clothing store in Los Angeles.

This is the second weekend of Coachella which was slated over two weekends in Indio, California. The first weekend lasted from April 12 to April 14 while the second weekend commenced on April 19 and will go on till April 21. (ANI)