The time has come for a godly government - ACDP's Meshoe 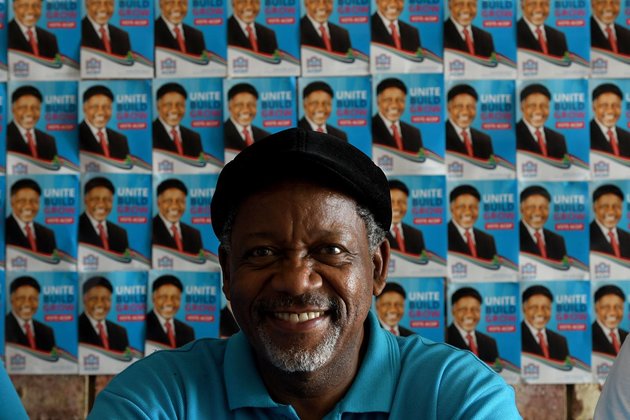 This year 48 political parties will vie for a portion of the electorate's vote and the resultant seats in Parliament. Three weeks before the election, barely a lamp post has been left clear as parties have stuck their campaign posters everywhere to grab voters' attention.

Among a plethora of multi-coloured slogans that shout, "A better life for all" and "Fix SA", the African Christian Democratic Party's (ACDP) understated, red-and-blue sign catches the eye: "Make the obvious choice."

Espousing conservative Christian values in a country where 80% of the population identifies as Christians, the ACDP has played the religion card - and this time it believes it will work.

With many political leaders facing allegations of corruption, party leader Reverend Kenneth Meshoe says 2019 is the year people will be looking for leaders of integrity, giving his party the edge.

"When you are surrounded by corrupt people and leaders that have looted, you know the party responsible for that and you know the party whose integrity is unquestionable; the party that has not been criticised because of scandals and whose values are underpinned by biblical principles and have been embraced by different people many years ago," he says.

Meshoe, 65, says the division created among South Africans by politicians in power will be the first thing the ACDP addresses as it is essential to get the country on an economic growth path.

"There are politicians who have been using a race language that is very divisive. And for us as a nation to be successful we have to recognise the talent and abilities of all people. So we are calling on South Africans of different race groups to unite as a nation. If we unite, nothing will be impossible for us," he says.

This includes reformulating policy around affirmative action, which the party initially supported but with a 25-year limit that has now expired. According to Meshoe, the ANC has taken affirmative action too far at the expensive of young people of all races.

The ACDP, arguably one of the most conservative political parties in Parliament, was the only party to vote against the adoption of the final version of the Constitution in 1996 because it enshrined abortion on demand and the specific protection of sexual orientation.

Today, it still holds its position in opposition to abortion and same sex marriages. Its 2000 manifesto opposed the promotion of condoms and safe sex as a way of preventing HIV transmission, on the grounds that abstinence and faithfulness in marriage must be promoted.

"When our numbers have increased and when the time comes for us to have a godly government everyone will be treated equally and with respect," says Meshoe. "People's confidence in the future is destroyed. They feel helpless when they see corruption. We're saying you don't have to feel helpless, we can build a winning nation together that is a model among the world."