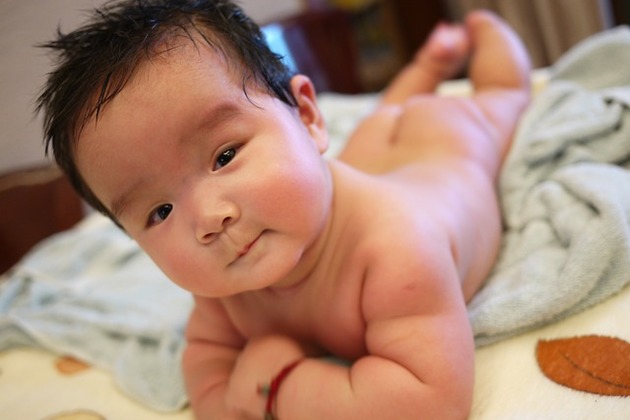 BEIJING, China - In a bid to get tough on terrorism - China has now banned dozens of Muslim names for babies belonging to the restive Muslim-majority Xinjiang province.

According to the new measures introduced by the ruling Chinese Communist Party's "Naming Rules For Ethnic Minorities," Muslim names like Islam, Quran, Mecca, Jihad, Imam, Hajj, Medina and Saddam have been banned.

It said that children with banned names will not get admission in public schools and won't get access to government benefits too.

Further, children with banned names will also not be able to obtain a "hukou," or household registration.

These documents are essential for accessing public school and other social services.

In a statement, the Human Rights Watch (HRW) said that Xinjiang authorities have recently banned dozens of names with religious connotations common to Muslims around the world on the basis that they could "exaggerate religious fervour."

The region is home to 10 million Muslim Uyghur ethnic minority.

The HRW said this is the latest in a slew of new regulations restricting religious freedom in the name of countering "religious extremism."

Xinjiang has experienced many conflicts previously, between the Uyghur and the Han, the majority ethnic group in China that also controls the government.

The group said that so far a full list of names has not yet been published.

It is also unclear exactly what qualifies as a religious name.

Earlier this month, authorities in Xinjiang imposed new rules prohibiting the wearing of "abnormal" beards or veils in public places.

It also imposed punishments for refusing to watch state TV or radio programmes.

HRW has argued that these policies are blatant violations of domestic and international protections on the rights to freedom of belief and expression.

Reports also noted that punishments also appear to be increasing for officials in Xinjiang who are deemed to be too lenient.

HRW added, "Violent incidents and ethnic tensions in Xinjiang have been on the rise in recent years, but the government's farcically repressive policies and punishments are hardly solutions. They are only going to deepen resentment among the Uighurs."