Trump: U.S. will solve N. Korea nuke threat with or without China 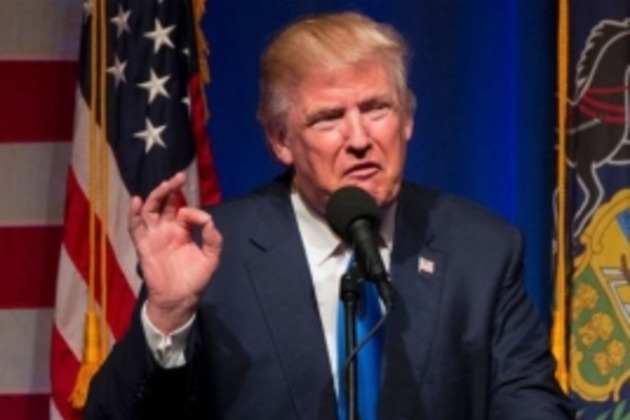 PanARMENIAN.Net - U.S. President Donald Trump has said the United States will "solve" the nuclear threat from North Korea, with or without China's help, BBC News reports.

"If China is not going to solve North Korea, we will. That is all I am telling you," he said in an interview with UK newspaper the Financial Times.

Pressed on whether he thought he could succeed alone, he replied: "Totally."

Trump was speaking ahead of a scheduled visit from Chinese President Xi Jinping this week.

"China has great influence over North Korea. And China will either decide to help us with North Korea, or they won't. And if they do that will be very good for China, and if they don't it won't be good for anyone," Trump told the FT.

Asked if he meant "one-on-one" unilateral action, Trump said: "I don't have to say any more."

He did not give any further details on what action he would take.

Trump's brief comments, published just days before the key meeting with Xi at Trump's Mar-a-Lago resort in Florida on Thursday, April 6 are the latest in a series of warnings over North Korea's nuclear development.

There are fears that Pyongyang could eventually develop the ability to launch long-range nuclear missiles capable of striking the mainland U.S. .

During a trip to Asia in March, U.S. Secretary of State Rex Tillerson said pre-emptive military action was an option "on the table".

A month earlier, Defence Secretary James Mattis warned that any use of nuclear weapons would be met with an "overwhelming" response.

But Trump is expected to pressure China's president to do much more at their meeting this week - and he has implied that the issue of trade could be used as leverage.

The president told the Financial Times that "trade is the incentive. It is all about trade." But he said he did not plan to discuss tariffs during the meeting.