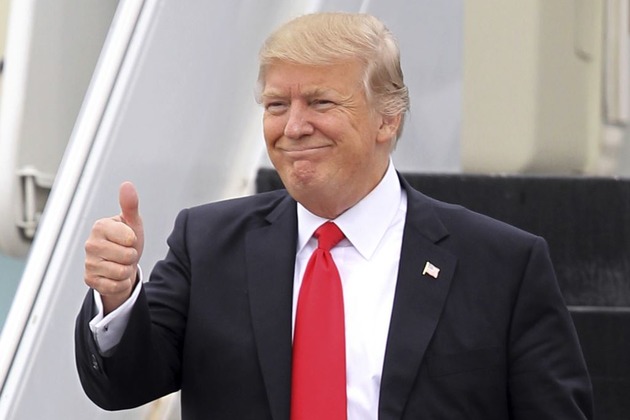 If no one objects, they will be formally registered after 90 days. All but three are in the president's own name. China already registered one trademark to the president, for Trump-branded construction services, on Feb. 14.

If President Trump receives any special treatment in securing trademark rights, it would violate the U.S. Constitution, which bans public servants from accepting anything of value from foreign governments unless approved by Congress, ethics lawyers from across the political spectrum say. Concerns about potential conflicts of interest are particularly sharp in China, where the courts and bureaucracy are designed to reflect the will of the ruling Communist Party.

Dan Plane, a director at Simone IP Services, a Hong Kong intellectual property consultancy, said he had never seen so many applications approved so quickly. 'For all these marks to sail through so quickly and cleanly, with no similar marks, no identical marks, no issues with specifications boy, it's weird,'' he said.

Spring Chang, a founding partner at Chang Tsi and Partners, a Beijing law firm that has represented the Trump Organization, declined to comment specifically on Trump's trademarks. But she did say that she advises clients to take out marks defensively, even in categories or subcategories of goods and services they may not aim to develop.

'I don't see any special treatment to the cases of my clients so far,'' she added. 'I think they're very fair and the examination standard is very equal for every applicant.''

'A routine trademark, patent or copyright from a foreign government is likely not an unconstitutional emolument, but with so many trademarks being granted over such a short time period, the question arises as to whether there is an accommodation in at least some of them,'' he said.

Painter is involved in a lawsuit alleging that Trump's foreign business ties violate the U.S. Constitution. Trump has dismissed the lawsuit as 'totally without merit.''

China's State Administration for Industry and Commerce, which oversees the Trademark Office, and Trump Organization general counsel Alan Garten did not immediately respond to requests for comment.