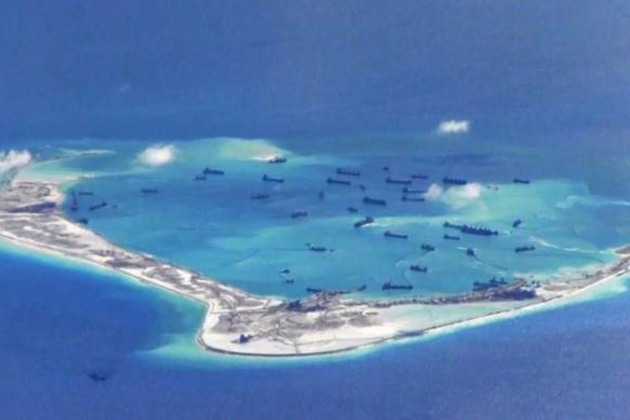 WASHINGTON, U.S. - The Pentagon has torn into China after claiming that it "unlawfully" seized an unmanned U.S. naval probe in international waters in the South China Sea.

Navy Captain Jeff Davis, a Pentagon spokesman said in a statement, "The underwater vehicle was taken around 50 nautical miles (90 kilometers) northwest off Subic Bay in the Philippines late Thursday in a non-violent incident."

The drone was reportedly being used by the U.S. Navy to test water conditions and gather military oceanographic data such as salinity, water temperature and sound speed, in the South China Sea.

Navy Captain Davis added the incident occurred on Thursday in international waters in the South China Sea, as the USNS Bowditch was about to retrieve the unmanned underwater vehicle (UUV).

The seizure prompted a formal diplomatic protest and a demand for its return on Friday, in a confrontation likely to escalate already rising tensions.

A Chinese Dalang-III class submarine rescue ship is said to have then stopped within 500 yards (meters) of the Bowditch and snatched one of the probes.

"The Americans safely hoisted the other one back onto their ship."

Davis said, "I do not recall another time when something like this has happened."

The Pentagon's statement called on Beijing to "immediately" return the probe that it had "unlawfully seized."

Davis said, "The only thing they said after they were sailing off into the distance was: 'We are returning to normal operations.'"

Adding the U.S. personnel "were asking over bridge-to-bridge radio to please leave it there."

Pentagon spokesman Peter Cook too said in a statement, "The UUV (unmanned underwater vehicle) is a sovereign immune vessel of the United States. We call upon China to return our UUV immediately, and to comply with all of its obligations under international law."

Beijing has yet to release an official statement on the incident.

A Chinese government-affiliated think tank on the mainland, meanwhile, said, "China wants to send out a signal that if you spy on us underwater and threaten our national security, we have measures to deal with it," the paper quoted said Wu Shicun, president of the influential National Institute for South China Sea Studies, as saying.

"On the South China Sea issue, we took in humiliations with a humble view in past years. I think this era has finished."